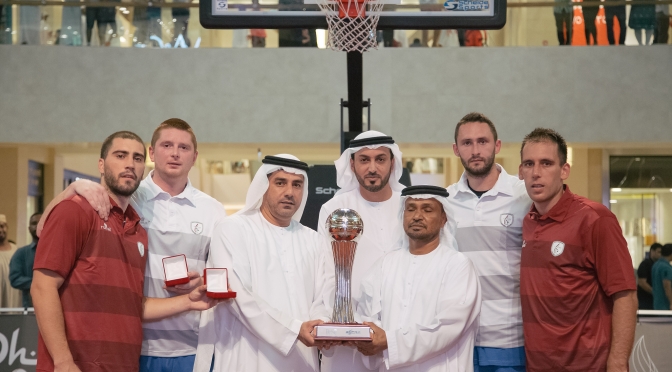 The official website of the Abu Dhabi 3×3 Basketball is presenting you the 12 teams that will take part in the FIBA 3×3 World Tour Final, October 15-16, Nation Towers. Today: Team Novi Sad Al Wahda.

The game: Team Novi Sad Al Wahda is the team to beat at the FIBA 3×3 World Tour Final 2015 from Abu Dhabi, after they dominated the World Tour in 2014 and 2015. Reigning champions patented a team game so close to the famous tiki-taka, that became famous in the circuit and gave terrible headaches to most of the opponents. To this, they add to the table great individual skills. The killer instinct of their superstar, Dusan Domovic Bulut, the world number one, the long range shots of Dejan Majstorovic, the determination of Marko Savic and the defensive skills of Marko Zdero.

The story: It was more than three years ago when the team now known as Novi Sad Al Wahda started their trip “from the streets to the world stage”, just as the slogan of the FIBA 3×3 World Tour says. They finished third in the Bucharest Challenger, from Romania and failed to qualify for the first ever edition of the FIBA 3×3 World Tour. But this was only fuel to their ambitions. The same year they, under the Serbian flag, they became 3×3 World Champions in Athens, in a tournament that featured global stars like Spanish Jorge Garbajosa. There way was only up since then and in 2014, even if they came short in the World Championships in Moscow 2014, they got the sweet revenge winning both FIBA 3×3 World Tour in Tokyo, Japan and All Stars in Doha, Qatar. This year they took part in a record four FIBA 3×3 World Tour Masters and won two of them, in Manila and Rio de Janeiro and they are now ready to bring the crown to their new club, Al Wahda.

The quote: “We feel confident. We played this season against every team except New York and we know what to expect from our opponents and how to play to beat them. There are a lot of good teams that will come to win it all, but I think that our best game is still better than anybody else best game. Coming back to Abu Dhabi after we started our quest here in the spring it’s like completing full circle. We are excited to come back and play in front of the people already know us, and support us, but main focus is on game. We just follow our philosophy: we need to prove any next opponent that we are better”, said Dusan Domovic Bulut, the world number one.