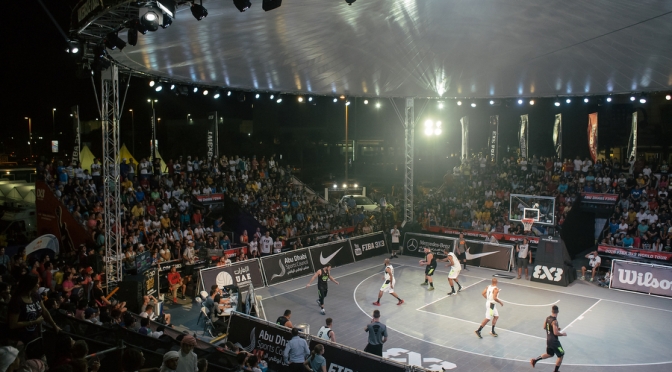 For the second year in a row Abu Dhabi will be the world capital of 3×3 basketball. The fifth edition of the FIBA 3×3 World Tour will start in Mexico City on 16-17 July and culminate with the World Tour Final in Abu Dhabi on 27-28 October.

Launched in 2012 the yearly World Tour is the flagship event of 3×3 basketball. It sees teams representing cities from around the world qualify for several 12-team Masters events and a Final via a worldwide network of qualifying tournaments. Any team of four players is eligible to participate.

The number of events on the World Tour has increased from seven to eight this season.

The winners of each stage and the best teams in the overall World Tour standings after the last Masters qualify for the FIBA 3×3 World Tour Final, which will be held in Abu Dhabi for the second year in a row.

An initial list of the 2016 FIBA 3×3 World Tour Qualifiers will be announced by the end of the month.